Get a Free Demo Now!

One of the most popular and common functional tests utilizing Transcranial Doppler (TCD) today is the Right-to-Left Shunt (RLS) via the Patent Foramen Ovale (PFO) and follow up after closure-device implantation to evaluate residual RLS and completeness of the closure.
PFO is a type of hole in the heart that “occurs only after birth when the foramen ovale [wall between the right and left atria of every human fetus] fails to close” (American Heart Association). It’s estimated that ~30% of the population (all ages) have PFO. It can cause “venous blood to leak from the right atrium to the left, then out to the body.” This right-to-left shunting of blood may cause serious problems such as low arterial O2 concentration, hypoxia, severely limited exercise capacity, stroke, and migraine.

Apart from cryptogenic stroke, there are other conditions associated with PFO (Fig. 1). 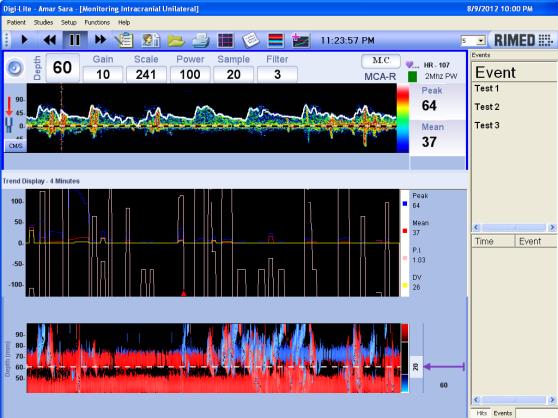 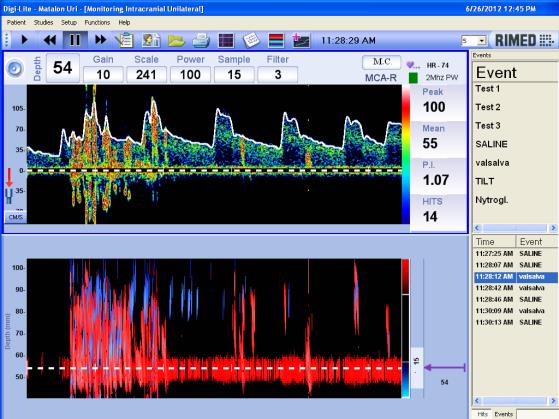 Studies show that the prevalence of PFO in people who suffer from migraine with aura is 50% to 75%, more than twice what would be expected in the general population. Deep Vein Thrombosis (DVT) is caused by disease or lack of activity. DVT is also known as “Economy-Class Syndrome,” as it affects travelers after a long flight. Decompression sickness (DCS) can cause emboli that may reach the brain and cause a stroke. The disorder is most commonly seen in deep-sea divers, astronauts, and high-altitude aviators. In fact, people who suffer from PFO are not allowed to dive.

Digi-Lite TCD provides an efficient tool to test PFO due to its high sensitivity and specificity. It’s noninvasive, does not require sedation, and is easily repeatable, making it a safe, comfortable choice for both physicians and patients. To perform the PFO test: 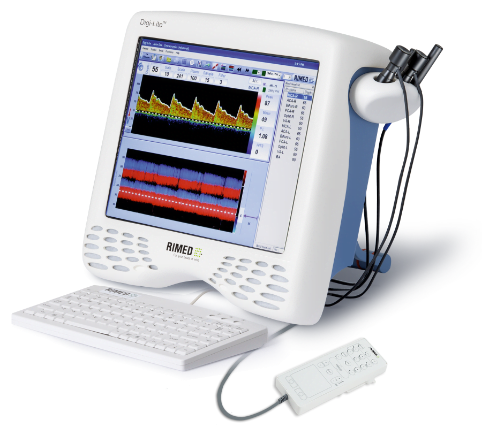 Get an online demo

This website uses cookies to improve your experience while you navigate through the website. Out of these cookies, the cookies that are categorized as necessary are stored on your browser as they are essential for the working of basic functionalities of the website. We also use third-party cookies that help us analyze and understand how you use this website. These cookies will be stored in your browser only with your consent. You also have the option to opt-out of these cookies. But opting out of some of these cookies may have an effect on your browsing experience.
Necessary Always Enabled
Necessary cookies are absolutely essential for the website to function properly. This category only includes cookies that ensures basic functionalities and security features of the website. These cookies do not store any personal information.
Non-necessary
Any cookies that may not be particularly necessary for the website to function and is used specifically to collect user personal data via analytics, ads, other embedded contents are termed as non-necessary cookies. It is mandatory to procure user consent prior to running these cookies on your website.
SAVE & ACCEPT